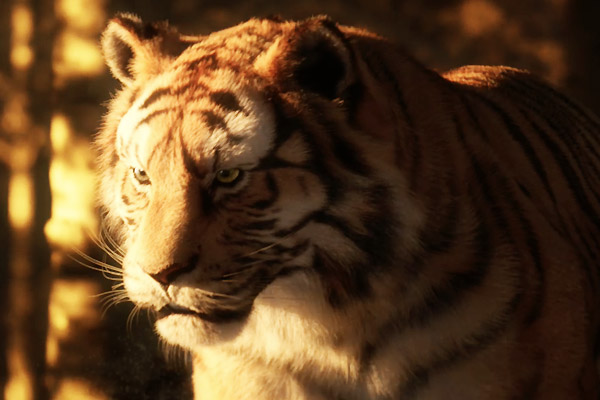 Our virtual production pipeline took centre stage this year at our Hangzhou studios as they prepped to bring tigers to life.

Casting cats to play the part was no easy feat as movement, hair length and personality were important elements to consider. Out of the 17 auditions, 2 lucky cats were chosen. Bespoke, tiny mocap suits were made and performance capturing in real-time began. The previz was completed in one of our 1000㎡ High-Speed Optical Mocap stages and took 2 days to capture all animation for the 60-second spot.

The animation previsualization produced through the real-time motion capture sessions completely replaced the layout and blocking that makes up part of a traditional animation workflow and took only 3 days.

The director worked closely with the editor to select takes while other artists prepped the talent for new scenes. Once selected, the editor exported chosen files to the mocap team.

Time code synchronization is part of Versatile Media’s pipeline and guarantees the time-code on-set is synchronized with that of mocap data. Movements were shot at 125fps to mimic real life physics of a large cat in motion.

Once performance and sets were completed, virtual shooting began. We have developed a plugin, which allows the iPad or similar device to remotely control the virtual camera in UE. The cinematographer can use the iPad as a view-finder to see the in-frustum image of the virtual camera in real time, and switch lenses as needed as well as focal lengths and aperture, ISO, colour temperature and frame rate directly through the view finder.

The interface on the iPad is modeled after traditional digital cameras and purposely designed as close as possible to what a cinematographer is familiar operating. On-set editing was done simultaneously while shooting performances.