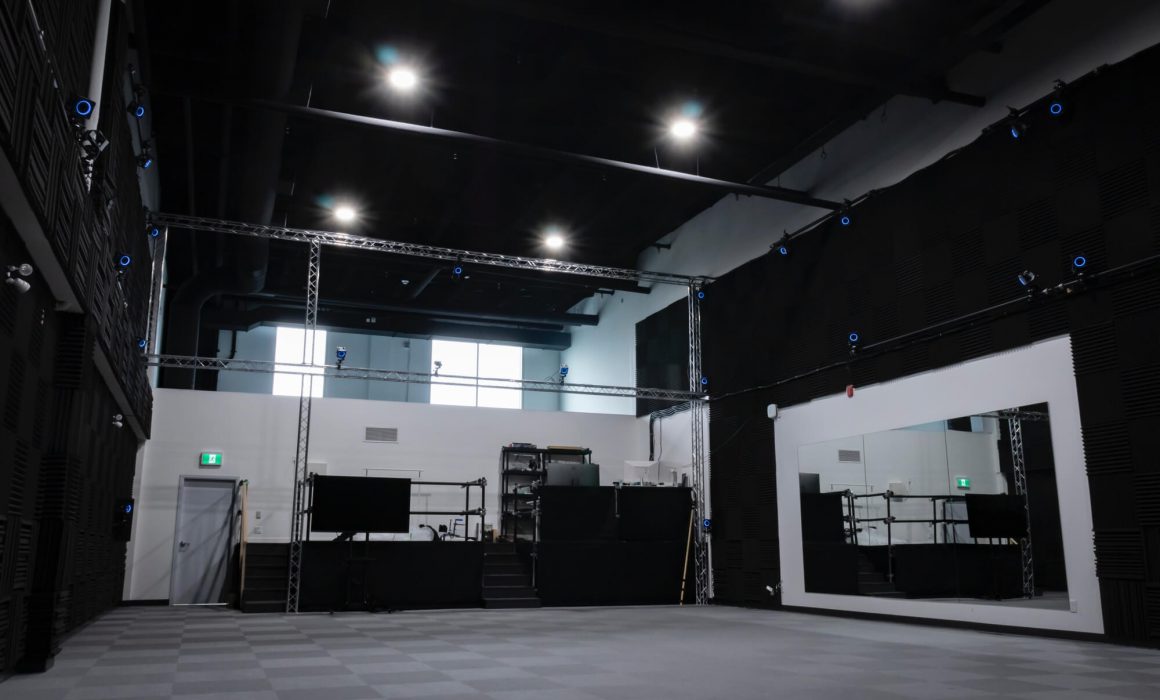 The Beginnings of Something New

I first met Steve Read, our Head of Studio, in early 2020; that golden, pre-pandemic age where we were free to breathe closer than 2 metres from others and freely shake hands.

Our studio was in the very early stage of construction, and dodging contractors he enthusiastically led me through its empty concrete shell, painting the picture of what each area would become. A huge double-height volume dominated the center of the building with a serious steel girder crossbeam bisecting it in two.

“This will be our performance capture volume, I’m wanting to make sure we get to use the full height so we can capture actors flying around” he told me, then passing under the steel girders –  “And this will be the virtual camera volume. The actors performance will be digitally captured in full (pointing back to the other space) and in here you’ll be able to grab a virtual camera rig* and move around the space to film a digital performance in Unreal”.
Being on a fairly steady trajectory of disillusionment with how standard VFX was being run this was music to my ears.

Heading up the design, installation and initial setup of our motion capture system has been incredibly satisfying. In past VFX jobs the on-site motion capture systems have often been shoehorned into a small corner of the building, or share the space in a “common” room that’s also used for sweaty lunchtime yoga and a place for artists to sneak off to and get a good cry in before beginning a new shot. Having our two dedicated volumes showed Steve was serious about what Versatile Media would be creating.

Technical Vibes
For the performance capture volume we decided on 38 OptiTrack Primeˣ41 cameras using their software Motive for solving actors’ body performances. With all the restrictions going on during the pandemic I decided that it was up to myself, Matt Welford, our Creative Director and Arturo Camacho, our Head of I.T, that would install the cameras.

With many forewarnings about how difficult it was to set up and calibrate a motion capture system from scratch I was delightfully greeted by a Motive popup dialogue stating “Calibration Result: Exceptional” on the first calibration run. Never one to shy away from jumping into new tech, Matt pulled on a mocap suit and, wanting to make sure the full height of the volume had good capture results, climbed aboard our scissor lift.

Every so often you get to witness something that pulls you towards the potential of what the future holds, who would’ve thought watching the 3D digital mannequin representation of Matt wearing a mocap suit as he rose skyward in a scissor lift would be one of them.

Along with the OptiTrack system for body capture we’ve integrated StretchSense gloves for capturing incredibly precise finger movement, recording performance through their Hand Engine software. With the gloves offering a non-optical wireless solution all of the subtle movement of an actor’s fingers are captured without having to worry about optical occlusion from hand posing or interaction with props or a physical set.

Being non-optical with an excellent wireless range we have also started to look into using them to control cinematic and scene elements in our virtual camera volume through hand poses.

This will be the space that real hands-on cinematic creativity will be brought back into digital filming, a cinematographer being able to grab a camera rig and move around the volume exploring the 3D scene through the monitor or an AR headset. And with the real-time nature of Unreal Engine it’s not just the virtual camera move that can be explored, one is able to interactively adjust the time of day for the lighting in the scene, tweak when a gust of wind comes through and time digital extras to walk into frame to set the composition. Soon, this will be the space that every single film maker that walks into our studio will say “Oh, damn that’s cool”.

Lyle Cooley is the Motion Capture Supervisor at Versatile Media, Canada. Here he is helping build the stage!